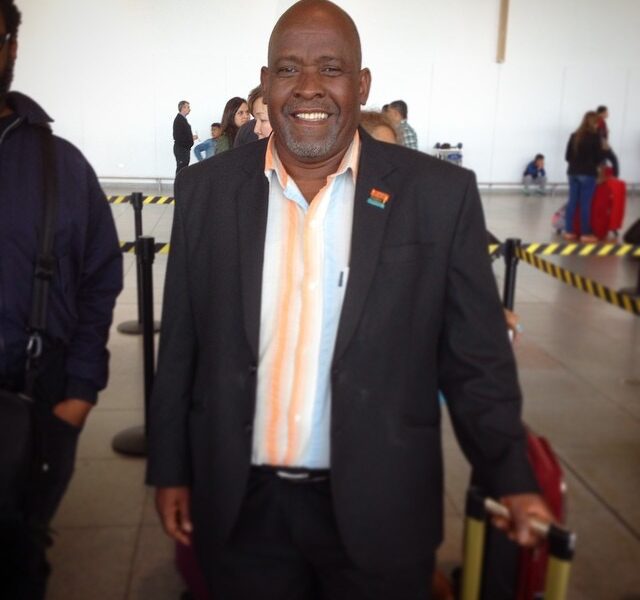 Brothers and sisters, comrades and  supporters,

Today 16th November 2020 it is exactly  four years since FCO presented in the British  Parliament a written statement regarding a  Financial Support Package for the Chagossian  community and also stated the UK  government position regarding resettlement  in the Chagos Archipelago, that it would be  impossible for resettlement to take place  because of terrorism and piracy.

They announced a Financial Support Package  of 40 millions pounds sterling which were  to be spend as follows:

With all those mentioned above only  heritage visits have taken place, all others  have not been fulfilled. This is how a  supposedly government who always says  that they are very sympathetic to our cause  and who even apologized for what happened  in the 1960’s continues to consider our plea  by having an inhumane behavior towards us.

A government who says that they are very  concerned about human rights and  violation of people rights.

We asked for a life pension to be given to all  native Chagossians and other Chagossian  groups also made several proposals such as funeral grants, welcome venue/house for those who decide to settle in the UK,  creation of jobs, compensation, scholarship  for Chagossian students, medical check up for  all Chagossians etc.

But not even one request was favorably  accepted or considered, same thing  happened with the Marine Protected area  in 2010.

Since 16th November 2016 many of our  Chagossians have passed away including  my Mum who was hoping to be able to  return on her native land and to get a  compensation for all what she had suffered over all these years.

How can we Chagossians continue to  believe and trust what FCO says as they have  never shouldered their responsibilities towards us, comparing to Falklanders and  other British Overseas Territories.

On 4th November 2020 in a mail addressed to UK Chagossian Community Residents, Paul  Stokes desk officer of the British Indian  Ocean Territory invites Chagossians for  an English language course where only 20  places were available and that the course  would take place at Crawley College. This  course was to be included as an expenditure in the Chagossian Support Package.  Chagossians in the UK are well aware that  those courses are free for low income people  in UK.

This is how the UK government considers us,  they think we are stupid and unaware of  certain things.

Since announcing the Support Package the  British government could have taken many  positive steps for Chagossians if they really  had the wish to do so and the goodwill but  unfortunately they had not.

Instead of finding solutions they continue to  deny their responsibilities towards Chagossians. Now they want to divide and  rule, this is the way they have always  behaved.

I make an appeal to all my brothers and  sisters, just realize if we can continue to  survive with false promises as day by day our  people are disappearing without seeing  their legitimate wishes being fulfilled.

We need to stand our ground and say no to  manipulation, division and false promises.

Kind regards to you all,